History of the BME Forum

The National Ambulance BME Forum was established in 2001 and now includes representatives from all UK NHS ambulance services.

A pioneering black senior manager, John Batchelor (JB), took up the mantle and began a series of meetings, firstly in his own service, London Ambulance, setting up the first BME staff network called “LABEL” (London Ambulance Black and Ethnic Liaison).

“The Breaking Through Programme’’ was instrumental in supporting BME staff in the NHS to realise their potential and be the best that they could be.

The first National Ambulance Service network meeting took place in London during a Breaking Through Conference in 2004, held at the Queen Elizabeth Centre.  It resulted in the election of the executive members and forged links with the newly formed National Ambulance Diversity Forum which provides strategic focus on the diversity and inclusion agenda in the NHS ambulance sector.

The introduction of the Workforce Race Equality Standard (WRES) monitoring in 2015, and subsequent mandated requirements within the NHS standard contract brought s new focus and senior leadership commitment to the agenda.

With the support of the Association of Ambulance Chief Executives, the forum refreshed it membership, it's focus and re-branded in 2018, which was followed by its first national conference in Leeds later that year. 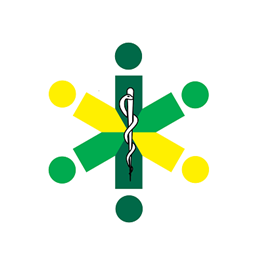 The National BME Forum logo has been developed to provide a clear identity of the Forum.

Based on the Star Of Life, the internationally recognised symbol of pre-hospital emergency care, the logo provides a strong brand image. This will be visible on any resources and documents.